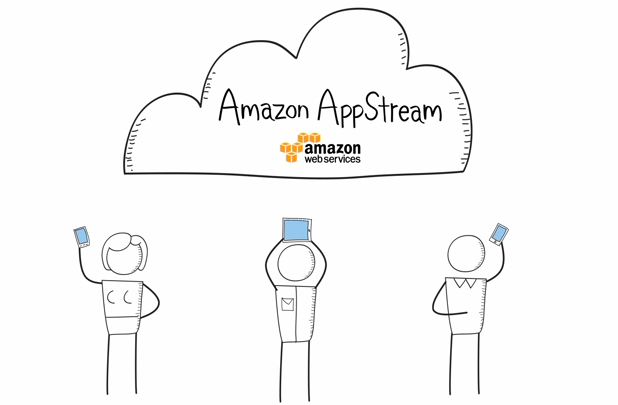 Amazon is in no mood to stay quiet and their second re:Invent conference organized in Las Vegas simply proves that. The company wants to enhance its portfolio of web services particularly in the cloud computing segment. Amazon is already facing stiff competition in this domain especially from the likes of Microsoft and Google. Andy Jassy, senior vice president of Amazon web services announced the AppStream service at the event. The main purpose of launching this service is to enable end users to stream heavy-duty applications.

What Is It About?
Andy Jassy also announced new API-monitoring and virtual-desktop cloud services at the event. AppStream runs of Amazon cloud’s new GPU instances called G2. This will allow computationally intensive applications to run on a wider spectrum of devices and not just on the latest high-end gadgets. All an app developer needs to do is build an application that he wants to stream. The application streams directly from the cloud but it appears to be streaming from the user’s local device.

What’s In It for App Developers?
App developers can choose to stream either the entire app or parts of the same that require heavy computing. The Amazon AppStream service provides support for those games and applications that cannot be run on mass market devices. The service includes a software development kit that supports streaming apps from Microsoft Server 2008 R2 to devices running Android, iOS, FireOS and Windows OS. The company also plans to introduce a Mac OS X software development kit some time in 2014.

AppStream depends on a dedicated communication protocol known as the STX which, according to the Andy Jassy is optimized for consistent video playback and video streaming. The AppStream service looks for changes in network conditions and how end users interact with the application. Depending on these factors, the scales can be adjusted so as to provide the end user a smooth streaming experience. Companies like Agawi and Numecent, depend in some way or the other on Amazon’s cloud to do application streaming.

Competition? Amazon Loves It!
It will be interesting to see how such companies deal with the increasing competition from Amazon web services. Currently, Amazon is allowing developers to sign up for a limited preview of AppStream. This will allow app entrepreneurs to learn more about the features of this service and enable them to tap its complete potential. Eventually, they will be able to make better applications so that their apps can stream efficiently without having to burden the end user’s device.

Multi-platform support is another added feature. This allows app entrepreneurs to stream an app to multiple devices. Support to new devices can be added by writing a client to the application. As your application is managed by AppStream, updating it is very easy.