Skip to content
Loading...
Latest news
4 Ways That Technology Is Predicted To Disrupt The Travel Industry In 2020
15 Tips to Design a Good Website for the Brands to Be Successful
Is iPad App Development a Digital Addiction For Toddlers?
5 Steps for Building a Strong Brand Identity
Android vs. iOS: Which Operating System You Should Use To Build Your App In 2020
app developmentiOS Development 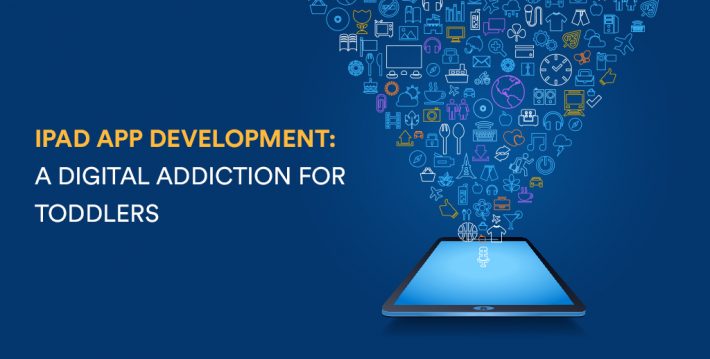 We have been hearing this for quite a long time now, there has been a lot of debate going around whether technology a boon or a curse?

For adults like us, it’s still okay we have accepted technology as an inseparable part of our lives and are using it positively. But, here the question is about toddlers. Even the preschoolers these days are extremely addicted to technology. When we were 2 years old, we don’t even know how to eat food and 2 years old these days use iPad, access apps, play games, watch YouTube and so on.

Yes, they have evolved, became smarter and more active and have gained the ability to learn things faster and better. Well, iPad app development is beneficial, you can’t deny the fact. But, don’t you think its a kind of physical blockage for the kids. They no longer want to go out of the house, play football, hide and sick and all those activities which kids of this age should actually do.

When you withdraw yourself from alcohol addiction or drug addiction, it will cause you some of the physical symptoms. It might be a headache or shivering. These are the symptoms of the adult, kids don’t have such symptoms. When your kid had an unhealthy addiction to the iPad and it is taken away from them, you might notice the kid feels irritated, sad, or anxious.

If the kid is losing interest from other physical activities even when he is not using the device, this might also indicate iPad addiction. Your kid loved climbing the trees, playing football, picking up on the younger sibling and if they don’t do it anymore this is a serious problem. Occasional preference for iPad over other things is understandable, but frequent instances like this and prioritizing device over activities is one of the major signs your kid is on the way to becoming an iPad addict.

If previously your kid used to access the iPad for 10 to 15 minutes and was happy with that, but now they want it for an hour or two and still craving for it. If your kid is no longer satisfied by playing Subway surfer or Math Ninja for 20 minutes, this is a sign of addiction, you better watch for it. Make your kid indulge in some other activity so that they can forget about the device addiction and get some actual life.

When kids can’t get enough of the iPad, what they will be doing is hiding under the table with the device and play. On being asked about what they were doing under they will lie easily. They will sneak into their room with the device to get more time to use it. Lying time and again for using the iPad is also an early sign of your toddler for getting addicted.

5) Missing Out On Opportunities

If you are blaming the iPad and iPhone app development company for developing such things that hook up your kid then it’s not them who are at fault. You are the one responsible to take care of your kid, teach them the positive use and keep them away from learning the bad things.