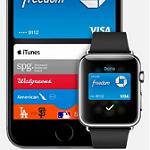 Everyone deserves a chance and so does Apple. In fact, after the embarrassing celebrity photo leaks, it needs it even more. Apple’s second chance is called Apple Pay.

Apple has eventually partnered with payment giants such as Visa, MasterCard, American Express and leading banks. Apple estimates that over 220,000 places in the US alone are readying to accept mobile payments.

The big question is will Apple be able to convince users to ditch their physical wallet for a digital one?

How does Apple Pay work?
The way Apple Pay is created to work is technically very different from iCloud. In fact, the security of Apple Pay can be confirmed from the fact that it gets your credit card company to do all the heavy-lifting.

The aim of the dummy number is merely to act as an authenticator to authorize payments, as with your original credit card.  First of all best credit card India. Apple makes sure that none of your credit card information is saved on your iPhone or its servers, even while in its encrypted form. Similarly, this information is not even sent to or saved to the merchant’s server.

This entire process is tightly secured. Reason being, merchants never get hold of the actual credit card information. They can only transact using tokens, making it better than old-school credit card transactions.

Apple Pay – A New Standard?
Tech experts say that with Apple Pay’s tokenization, it has surely taken transaction security to the next level. Now, having a credit card transaction without tokenization seems old-school and no longer a secure option.

With sales around 21 million of its latest iPhones and with Apple Watch, Apple has all reason to go big with Apple Pay. According to eMarketer, mobile payments in US, by 2018, will increase up to $118 billion. This will be an increase from $3.5 billion, of this year. These will include payments which are being made via a phone, to undertake a physical transaction at the store.

The Future of Digital Wallet
According to a survey conducted by Global Management’s Kurt Salmon, over 40% of users worry about their personal data via mobile payments.

While Apple’s Phil Schiller, states that with Apple Pay, his company has tried to make something that users were looking for and rather want.

In the absence of any stand-out winner in the race to offer best mobile payment platform, Apple Pay has made a promising debut.

No doubt, with tokenization Apple may hopefully be able to overcome yet another challenge – changing consumer behaviour, successfully. Where other brands such as Google, Softcard are struggling, Apple is actually reinventing the mobile payment space, to create a niche.

How much in the real world will Apple Pay fair, is yet to be seen? Until then, we know for sure, that switching to Apple Pay is much safer than giving your credit card for a swipe to an unknown store-owner.