Skip to content
Loading...
Latest news
4 Ways That Technology Is Predicted To Disrupt The Travel Industry In 2020
15 Tips to Design a Good Website for the Brands to Be Successful
Is iPad App Development a Digital Addiction For Toddlers?
5 Steps for Building a Strong Brand Identity
Android vs. iOS: Which Operating System You Should Use To Build Your App In 2020
Case Studies 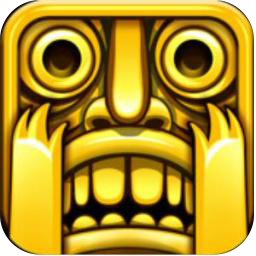 Temple Run centers around a group of wandering explorers, where one of the characters, whom the player controls, steals an idol from an ancient temple. The players control the characters moments after they have stolen the idol. Immediately upon acquiring the idol, the player is pursued by a group of malevolant demonic monkeys who chase the player out of the temple, thus initiating a “temple run.”

the adventurous treasure hunting 3D theme makes it incredibly helpful to attract and make it a user addicting game. the visuals, the menus and the music adds flavor to the game

There is no finish line nor are there any levels; the game starts with the objective to grab the idol with obstacles along the way. here the chase begins with the terrifying devils chasing behind you if you get stuckked you will there food, twisting turns and obstacles like single lane becomes a more challenging in itself.

Temple run is not just a single touch game, its multitouch action with swiping left, right, up, down. you can also tilt the phone back and forth to collect the coins The coins the player collects in the game can be spent in the game’s “store.” At the store, the player is able to purchase upgrades to the various bonuses found throughout the run, as well as perks, unlockable characters, and wallpapers. collecting particular amount of coins will lead you to buy things like magnßßet which will power you up and create gaps between the bridges

the real characters behind the game for making it a biggest hit are the couple Keith Shepherd and Natalia Luckyanova, along with artist Kiril Tchangov, created Temple Run. Originally, the game cost 99 cents, but was soon released as a freemium app, which quintupled revenue with in game coin purchasing. Both Shepherd and Luckyanova developed the gameplay, while Tchangov created the graphics.

In the iTunes Store, it was included in the top 50 most-downloaded apps in December 2011,and eventually became the number one free iOS app. It has also reached the position of the top grossing iOS app. When Temple Run was released to Android, it was downloaded more than 1 million times in under 3 days.

Temple Run: Brave that released on June 14th.Unlike the original game, it costs 99 cents to purchase.

Temple Run: Brave is set in the forests and wilds of Scotland, with the default and only character, Merida. Like the original Temple Run 2 Mod APK game.The new feature for Temple Run: Brave is archery. During one’s run, an archery symbol will appear with some dots above it, acting as a signal that there will be bullseyes at which to shoot. The dots are the number of targets in this area. On the left and right hand sides, the player will then find archery targets; by touching the screen, an arrow will be shot accurately at the upcoming target. When the player finishes hitting all targets in the area, they will get a coin bonus, and have to wait for another area with archery targets.

After Temple Run: Brave’s release on the App Store, the game topped the charts as the most-downloaded paid game.