Apple had planned to launch the new iTunes 11 in the end of October but apparently it was postponed. After a long wait it will release this new version of its music hub by this month end.  A German based music distribution service – Feiyr has revealed that iTunes 11 will be available soon for download.

Apple spokesman Tom Neumayr told CNET: “We look forward to releasing this new version of iTunes with its dramatically simpler and cleaner interface, and seamless integration with iCloud before the end of November.”

The iTunes 11has been redesigned by Apple with a complete makeover with a greater emphasis on media. The modified library has been made more simple and easy to use. The multimedia category is more intuitive where the music is showed sorted as albums, artists and songs. Music lovers will love the new look like how the albums expand on a click and iTunes generates the album cover to show off the track list. 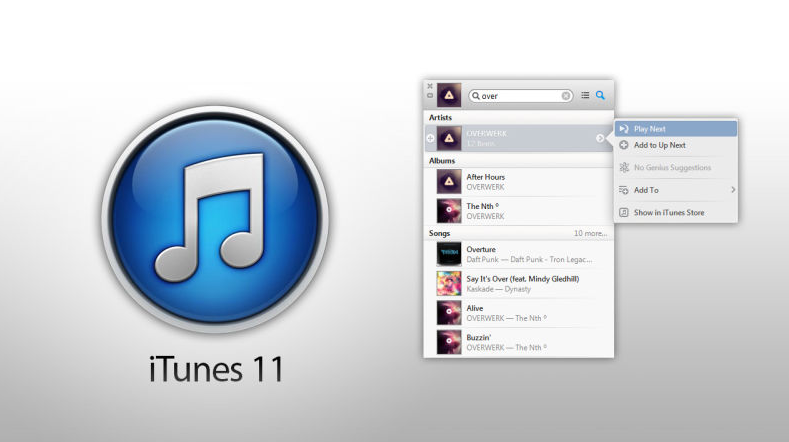 With more attractive album artwork and more seamless and simpler navigation, Apple has employed a new edge-to-edge pattern in iTunes 11. The users have an option now to create a list of songs they wish to hear by classifying the music playlist with the ‘Up Next’ feature added by Apple. This new version of iTunes is designed in a similar format like iOS on the iPhone, iPad and iPod Touch. It comes with easier playlist manipulation and a new mini player with built-in search and playlists.

As quoted on Apple website, “The iTunes Store has been redesigned for your Mac, PC, iPad, iPhone, and iPod touch, so it looks and works the same wherever you shop.” In addition to this Apple says, “Easy-to-browse shelves serve up popular music, movies, TV shows, and more. And all the features you know and love are even easier to get to. It’s the best kind of shopping — simple.”

At present iTunes has a directory of over 26 million songs and till September Apple customers have purchased 20 billion songs since the last nine years. Cue mentioned at Apple’s September media event that iTunes has over 435 million accounts with credit cards/other payment modes available. In 2012 iTunes store generated over $7.5 billion.
iTunes did not see any redesign since 2010 while iTunes 10 introduced Ping social which didn’t work though they added many new features. There are a lot of expectations from the upcoming version.