Skip to content
Loading...
Latest news
4 Ways That Technology Is Predicted To Disrupt The Travel Industry In 2020
15 Tips to Design a Good Website for the Brands to Be Successful
Is iPad App Development a Digital Addiction For Toddlers?
5 Steps for Building a Strong Brand Identity
Android vs. iOS: Which Operating System You Should Use To Build Your App In 2020
AndroidCase Studies

When a game goes past one million installations on mobile less than a month after launch, we all have to stand up and bow in honour; because it means there’s good thing going, and so we should applaud and bow to the developers of the newer PBA Bowling Challenge game version. They have done a good job!

This newer PBA Bowling Challenge game version currently and exclusively available on Google Play has taken bowling games to the next level.

What makes it special?

It feeds into the human need – to feel a close-ness to the top PBA players we all love and is loyal fans of. Fans get to compete against 21 real players; Peter Weber, Chris Barnes, etc. Now if nothing is more exciting than that, am not sure it exists yet. The adrenaline rush of knowing that one is competing with the best from their lounge mixed with the excitement of moving up the ranks; unlocking more equipment as one progresses through game winning tournaments and the addiction to winning in gaming are all ingredients that have made this app a hit.

Users have a lot of tournaments to choose from which caters for a really wider audience. This newer PBA Bowling Challenge version looks much better than the previous one. It has better graphics and an adrenaline rush-inducing tournament system. Special balls have also been added to the Challenge that includes Split Ball, Lightning Ball and the Bomb Ball. These are obviously not legal in the real world but hey you can still have fun in the confines of the “PBA Bowling Challenge world”. 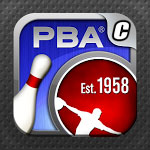 One of the attractions for most gamers is also the ability to reach a full career and actually win money with this game. It’s highly addictive and pretty soon we are likely to see a lot of gamers getting to the top of the game and becoming kings of the pins. For the non-gamers, the game is actually pretty easy to learn and after a few sessions, you will start to get the hang of things.

Great Ratings – A Must For Mobile App!

The game has received a 4.6/5 rating which is probably one of the top ratings ever given to games to date. Even though the game is only available on Google Play, other fans can look forward to the launch via Amazon, then Barnes & Noble soon and perhaps in the near future a launch for iOS devices.

Freemium Model – We Can’t Stress The Importance Of It Enough!

The game is available for free. Users will however have to pay to access things such as the energy system or bowling pins system. More energy can be purchased throughout the game either with tickets from challenges wins or using real currency. One can also enjoy the game without having to spend a penny.

The game has definitely set a really high bar all its gaming competitors. It will be hard to top this. There’s likely to be more installations when the game becomes available on other platforms. 2013 could end on an extremely high good note for PBA.