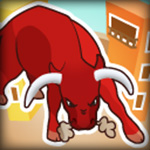 There was a time when people used to go outdoors and play. However, since the inception of the smartphone and various other gaming consoles like Xbox and Play Station, people now prefer to play indoors. The virtual world depicted in modern video games is very interactive and almost as good as the real one. Mike Suprovici, the head of mobile application development firm Explorence has only one mission, which is to make playing outdoors fun once again.

What Does Bulldash Offer?
According to Mike, sensors used in today’s smartphones are just as powerful and accurate as those employed in Nintendo’s Wii. Explorence has found out a way to bring the video game out and into the real world with the help of sensors. With their recent launch of Bulldash, the application development firm has taken the smartphone gaming segment by storm. Mike Suprovici says that if he is able to make the gaming experience as engaging as the Kinect or Wii, it will make outdoor recreational activities as entertaining and popular as video games.

The Story
Explorence was cofounded by Mark along with Mark Thompson and Bill Gleim. In summer, the company launched 2 games – StreetDash and BullDash that make extensive use of location services on the player’s device. The location of the player is used by the application to track game progress and present new goals or missions. With BullDash, the company has gone a notch ahead. The game is inspired from the annual run of the bulls’ event held in Spain.

Just as the player tap the “start” button, virtual bulls begin to chase him. The number of coins earned depending on the distance a player runs. To enhance the overall gaming experience, users can plug in their headphones to enjoy mind-blowing sound effects. In fact, the effects are so real that users might actually feel bulls running behind them. The augmented reality market is an emerging one lead by mainly tech giants like Sony and Nintendo. With games like BullDash, Explorence is planning to extend this to the smartphones.

What’s in it for the App Developers?
As an application developer, this is the latest field that you should be exploring at the moment. It can be said to be the next big thing in the mobile gaming arena. Mike Suprovici believes that wearable devices such as the Google Glass will further boost the functionality of augmented reality applications. Meanwhile, Explorence has a few more launches lined up in the augmented reality gaming segment.

Such applications will educate people, especially the younger generation on the idea of outdoor video games. Today’s smartphones have very sensitive and sophisticated sensors that can be effectively used to create amazing interactive games in the real world.