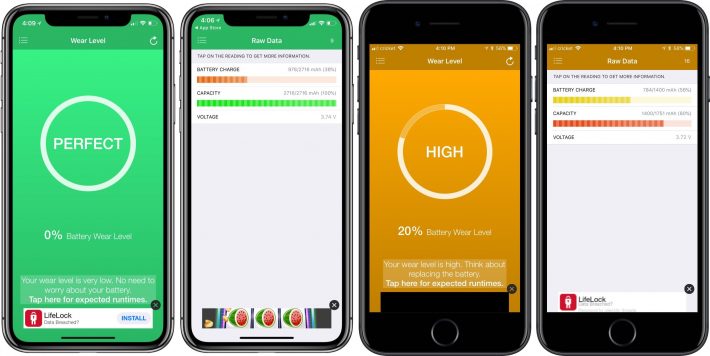 Amidst all the celebrations, there is much speculation about the intended battery life of iPhone 6. As per a survey conducted by Toluna Quick Survey on most common, improved features they want to see in their smartphones; 66% of poll participants stated they wanted a better battery life.

Participants said they are willing to go for enhanced battery life, than wireless charging. The battery life is considered as the second most common reason for people switching smartphones.

How much is the battery life of iPhone 6?

As Phill Schiller of Apple informed us at the event – it is essentially the same. We do not have much expectation as far as its battery life is concerned.

Apple informs that the new iPhone 6 will last all day long, without needing to be charged. iPhone 6 offers the same stand-by time as iPhone 5S.

Apple says iPhone 6 will let you browse over WiFi for 11 hours and over 4G LTE for 10 hours. The iPhone 5S has been found to last for 10 hours over 4G LTE and WiFi. Though, iPhone 6 is just an hour improvement to iPhone 5S. It will be interesting to note user’s response to it.

iPhone 6’s battery life may be just good for some of you. For high users it may get irritably bad. When you take your phone out for a hectic day at work and use it for browsing, texting, making calls and much more. You may end up disappointed with iPhone 6.

On the contrary, having the same battery life as its predecessors can actually be good news for iPhone 6 battery makers. Since, they do not have to make room for added features.

Matter of factly, Apple could have been more sensitive to the battery life of its coolest new iPhone. Instead of offering a bigger size phone with larger screens, they could have worked upon improvisations on battery life for a – more productive experience.

With Apple offering iWallet and other amazing health apps, it makes more sense to have an additional battery life. You obviously, don’t want to get stuck in the middle of the road with your dead phone’s GPS or in the gym with your health tracking app.

If you are seriously looking out for a long-lasting and sustainable battery life, then iPhone 6 has nothing to offer you. Though, iPhone 6 is considered as a major improvement.

Instead, you may go for iPhone 6 Plus that offers about 16 hours of battery. It includes extra standby time for days, two extra hours of Internet use over Wi-Fi and four more hours of video playback time.

iPhone 6 Plus is worth the dollars you pump up to make way for an engaging, stylish and exciting Apple-experience.