Skip to content
Loading...
Latest news
4 Tech Gadgets You Can Make At Home And Not Spend Money On
Top 10 Javascript Frameworks in 2020
4 Technologies Transformation Third-Party Logistics
4 Ways That Technology Is Predicted To Disrupt The Travel Industry In 2020
15 Tips to Design a Good Website for the Brands to Be Successful
News 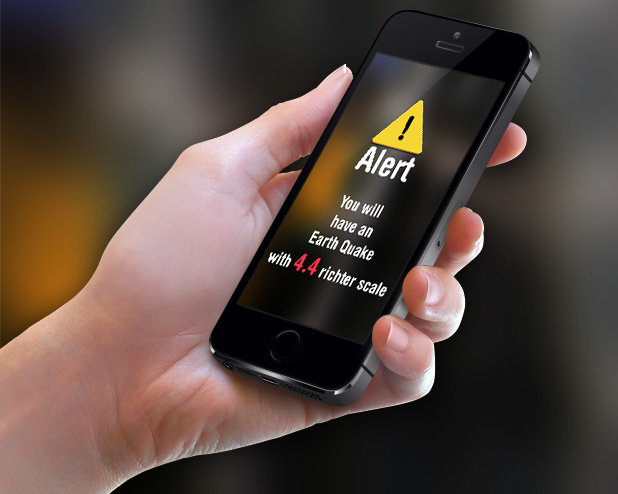 If scientists at the World Science Forum in Rio de Janeiro are to be believed, a smartphone application designed to give prior intimation of an earthquake could be released next year. Researchers at the University of California, USA recently presented a project at a conference showing how technology can be used to fend of natural disasters.

What Does The App Do?
The smartphone application is based on the same technology as earlier formulated by the team under Prof. Richard Allen, director of University of California’s Berkeley Seismology Lab. The concept of an early earthquake warning network has already been taken into account in California. In fact, Governor Jerry Brown had signed a bill in September making it mandatory to design such systems.

The smartphone application that will be available for download in the next few months will be capable of providing an earthquake alert a few seconds or a minute before the tremor hits the area. The time taken by the system to send an alert will greatly depend on the distance of the user from the epicenter. This application makes use of initial energy from the tremor, also known as primary waves that are generally considered harmless.

Using complex algorithms to make things seem easy!
This technology uses sophisticated algorithms to quickly detect the time of triggering, determine the strength of the quake and epicenter besides finding out the impact time to surface. Depending on these calculations, the app will then send the alert to people residing in potentially affected areas. Crucial information from Regional seismic monitoring centers is fed into the application in order to increase its efficiency and accuracy.

Nonetheless, alerts pertaining to the tremors detected by the system will be transmitted in a chain fashion with those closer to the epicenter being able to react to cloud-based data. This data will enable them to pick up more information on which areas are on target and what is likely to happen next. This information is critical for those residing in close proximities to the center of quake.

Director Allen explained that with the help of just a telephone located at the epicenter, important data can be sent to the server. When many phones do this simultaneously, it enables the server to determine the location and magnitude of the earth quake. This also allows the system to send warnings to people further away. The purpose of this app is to reduce the number of casualties caused due to earth quakes.

A New Idea?
The earth quake app will use some of the Smartphone features such as accelerometers, gyroscope, magnetometer and GPS. In the first phase of testing, only a few thousand users will be able to use it. Later, it will be rolled out for the public. It’s interesting to note this new concept and we are sure app entrepreneurs will be following keenly as this is a relatively new niche to invest in!