Apple sets trends. Others emulate but Apple can be a hard act to follow. You can be sure Apple is active in encouraging developers to come up with innovative and exciting apps in the coming year with better SDKs for iOS app developers.

Siri’s siren call is not over. It did have growing up pains but one can expect Siri to be better with the release of Sirikit. Siri will prove more helpful and indispensable with suggestions to take specific actions. Siri Airpod will give a fillip to iOS app developments in the voice command area. AI is the buzzword and Siri is getting lots of it. Siri will also work on apple wearables and the scope for iOS app developers with AI integration capabilities is likely to broaden. 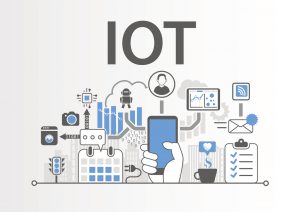 Talk of Siri and voice commands you instantly conjure up visions of telling your iPhone to switch on a music system or the air conditioner. Apple makes this and more possible with its Homekit that spurs iOS developers to come up with innovations. Maybe it is not just switched on and off; you may be able to tell Siri to run the device for a specific length of time, set temperature or any other variable in the great Internet of Things scheme for 2019.

The rise in on-demand services and wallet services has spurred the growth of Apple Pay. Expect Apple Pay to be integrated into iOS devices. The digital wallet will allow fast and secure payments on any iOs device and security is a precious commodity.

It is no secret that apps are not as secure as one wishes they were. Apple is known for its obsession with security and its improved iOS makes hacking phones tougher. Apple’s App Transport Security is now mandatory for all apps and specializes in iOS application development capable of security implementation will be finding more clients as they come up with secure apps, especially where sensitive data is concerned.

Augmented Reality to take off

Apple introduced ARKit 2 and this will accelerate mobile app development for the iOS platform in the augmented reality section. Houzz and Dance Reality are precursors to more such iOS AR apps to hog the limelight in 2019 and beyond. AR powered classroom apps to enhance learning on one side and AR powered apps for routine tasks are all set to enhance the mobile experience. Industries too are likely to make greater use of AR infused apps. What is more, ARKit2 will allow sharing of AR object or environment by multiple users. This facility opens up the possibility for AR augmented video chats and conference apps. That is not all, app developers will focus on industrial uses such as service engineer using AR apps to view machinery and recommend maintenance or repairs. One of the greatest and finest uses could be apps for learning from elementary to advanced levels.

AI is gathering momentum and Apple have added a touch of nitrofuel to it with the introduction of A12 bionic processors that incorporate neural engines that can handle tasks such as machine learning, image matching, and Memoji. This, coupled with Core Machine Learning 2 will lead iOS app developers to come up with superb iOS apps in 2019 capable of diverse tasks such as image matching, speech tagging, language translation, and script identification. Integrating Siri, QuickType, phone camera is made easier with CoreML and the result will be apps that are smarter and work faster besides having the capability to learn and improve. iOS developers with a specialization in AI/ML are likely to become busier than ever.

Enterprises permit employees to bring their devices and iPhones/iPads are the best choice given their advanced hardware and software. Apple devices have an assistive vision, hearing, and motor skill feature making access easy for everyone with an intuitive way of working. The hardware/software combination offers excellent security. Further, Apple has gone out of its way to integrate Microsoft and Google as well as Cisco wireless networking and VPN. Take these factors as the base and add the above-mentioned advancements in AI/ML and AR and the scene is set for business apps to take on powerful functionalities in the time to come. From plant operators to decision making top executives, everyone can securely use smart apps and even collaborate with FaceTime integration. Swift, AI, and ML experts with expertise in iOS 12 are expected to lead the way.

How it will stack up against Android is another story. However, given the advantages of the iOS ecosystem, it will not be hard to see more people, especially businesses, jumping ship and climbing aboard the Apple bandwagon. From another perspective, the time is good for IT personnel to specialize in IOS development and join the iOS Development Company to have a bright and exciting career.