Skip to content
Loading...
Latest news
4 Ways That Technology Is Predicted To Disrupt The Travel Industry In 2020
15 Tips to Design a Good Website for the Brands to Be Successful
Is iPad App Development a Digital Addiction For Toddlers?
5 Steps for Building a Strong Brand Identity
Android vs. iOS: Which Operating System You Should Use To Build Your App In 2020
TAE Interviews 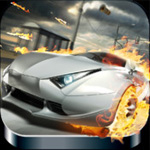 Today we interviewed Will Stacy, An App Entrepreneur who has launched What’s Faster iPad app. Will is working in auto and banking industry. He is passionate about cars and technology.

How did you get the idea about this app?
The idea for what’s Faster came from a conversation between my son and I. “One day my son William came up to me and asked, ‘Dad, if a tiger raced a lion, who would win? What about if an Olympic athlete raced a lion? Matter of fact, if a Boeing 747 raced an airbus A380,which would go faster?” So we started looking up all of the answers to the questions only to find more questions. What do you do with all of these questions? Create an iPad app that lets you explore all of them.

Why did you choose to develop iPad app?
William and I love our iPads and playing games on them. It’s the perfect platform for What’s Faster as it all about viewing photos and learning about of all kinds of cars, jets, animals and more.

What were your initial challenges for transforming your idea into app?
I have faced may challenges throughout the process. The first being the data. What’s Faster has over 625,000 unique comparisons. Each item in the game consists ofa photograph, top speed, three facts and the best URL on the web that describes that item. We did some of the research ourselves, but much of it we outsourced. Second challenge was the programming of the app.With costs to develop in xcode here in the US over $100 an hour I knew I needed another alternative as we were looking at 800-1000 hours to develop the app and web services. We ended up using an outsourced service overseas to program the app. We did all graphics and game logic ourselves though. Another challenge was each comparison. We did not want the comparisons to just be random, ie “car a” vs “car b”. We wanted each round to progressively get harder as you are presented with comparisons. We worked with a world-class statistician to assist us with the comparison algorithm to ensure questions progress from easy to medium to difficult to hard in each round.

What is your app revenue model?
We are having 3 revenue models working for app. Paid app, free app and in-app purchase. So our revenue is coming from mix of these 3 models.

Do you feel advertisement generates more revenue as compared to paid app in app store?
It’s funny, you would never think that the free version would generate as much revenue as the paid, but yes the lite cars only version is making more money overall. We are using Chart boost, as our advertising provider and have had good success with them. Their model is payout per install as they only serve ads of free apps.

What is your formula of building a successful app?
There is no formula, but for sure building out a good app is key. What’s Faster went through lots of variations while being developed. We did hundreds of hours of user testing to make sure the game is fun and engaging. Half way through development we changed the game logic for the better based on user feedback which I think made abig difference.

What is your advice to future app entrepreneurs?
I have had a great experience outsourcing development overseas, but it’s not for everyone. I have had years of technical project management experience which made a big difference. The two main things you must have are: a rock solid vision of what you want the app to do in every possible scenario. Two, every feature or detail you must have a specific document that explains in extreme detail what it does,looks like, animates, sounds, functions, etc. It’s key. I built probably over 40 mockups in Photoshop and after effects that spelled out what I wanted.

For more details about what’s faster, you can visit What’s faster website.